What are Sanctions and how do they affect USA, Iran and India?

In the global financial world, “sanction” has gained significant importance. Especially, with the news of the US imposing sanctions on Iran, many countries including India are finding the trades with Iran vulnerable. What are Sanctions and how do they affect USA, Iran and India?

The word “Sanction” typically means approval or restriction. In the global financial industry, a sanction is a tool of governance. Sanctions are the restrictions that one country or the group of countries put on another country with certain expectations.

Sanctions are of various types:

If sanctions are imposed by one country it is called “Unilateral sanction”. Sometimes bloc/group of countries impose sanctions on the other country and that is called “Bilateral Sanction”.

Most sanctions are economic in nature, but they may also carry the threat of diplomatic or military consequences as well.

What are the implications of a sanction? What are Sanctions and how do they affect USA, Iran, and India?

US sanctions on Iran: What exactly is the issue?

Since 1995, the US had imposed economic, trade, banking, scientific and military sanctions against Iran. The sanctions were imposed by the international community under U.S. pressure through the United Nations Security Council.

In 2015, UN suspended and eventually lifted UN sanctions, with provisions to reimpose UN sanctions in case of non-performance by Iran, in accordance with the Joint Comprehensive Plan of Action (JCPOA)

On 8 May 18 US President announced his decision to cease the United States’ participation in the Joint Comprehensive Plan of Action (JCPOA) and to begin re-imposing the U.S. nuclear-related sanctions that were lifted to effectuate the JCPOA sanctions relief, following a wind-down period.  Persons engaged in these activities are supposed to take the necessary steps to wind-down those activities.

Accordingly, departments and Agencies implemented 90-day and 180-day wind-down periods for activities involving Iran that were consistent with the U.S. sanctions relief specified in the JCPOA.  The 90 day period ended on 6 August 18 and 180 days period will end on 4 November 18.

From 6 August 18, the following sanctions are to be re-imposed:

Additionally, the following is banned:

In addition to this, the US announced its intention to revoke GL H, which authorized U.S.-owned or -controlled foreign entities to engage in certain activities involving Iran, as soon as is administratively feasible.

How does the US sanction on Iran affect India?

Iran’s biggest export to Asia is Crude oil and condensate. And Iran’s biggest importer in Asia is South Korea. Post the sanctions on Iran, South Korea has stopped buying oil and condensate from Iran. U.A.E.’s import from Iran also has slowed down. Japan too will not go against the US. However, China and India have not stopped any imports from Iran. China has confirmed that they will not stop but not boost the oil purchases from Iran. On the contrary, India’s import from Iran has increased post the sanction announcement. (Source: Bloomberg)

Oil is an important trading commodity between India and Iran. Iran is amongst the top 3 Oil suppliers to India. At the same time, almost 80% of contractors and sub-contractors in the Oil and Gas business are either American or have U.S. base. With the ban on activities with Iran by the US-owned/controlled foreign entities the entire exploration business with being impacted.

All this can impact the Indian economy harshly.

In short, the overall Indian economy will be impacted unless the sanctions affecting India are not relaxed.

In November 2018, the US government agreed to grant India and seven other countries, a waiver from Iran sanctions. This allows Indian oil companies to continue to import oil from Iran. The US mentioned that the relief was granted as the countries showed a “significant reduction” in oil purchase from the Persian Gulf country after the sanctions. This relief is temporary in nature.

In May 2019, the waiver granted to Indian and other countries expired and the US did not extend the exemption. As a result, India stopped buying oil from Iran since strengthening US-India relations is considered to be essential by the Indian government.

On June 24, 2019, US announced new sanctions against Iran. Click here to read more about it. 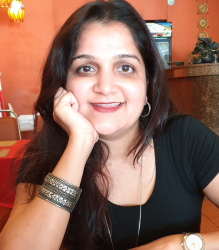 Share This PostLast updated on May 15th, 2021 at 09:25 pmRevenue recognition – Differences between GST law and GAAP In the earlier post, we saw various differences between the Accounting Standards / Ind AS and […]

Share This PostLast updated on May 15th, 2021 at 09:25 pmPenny Stocks – Multi-baggers or bankrupt? What is a penny stock? A penny stock is a share or stock, trading at a very low price. Generally, […]

Share This PostLast updated on May 15th, 2021 at 09:25 pmBudget 2019: Expectations and Analysis This year, in the view of upcoming Lok Sabha elections, the demands and expectations from the Budget 2019 are high. […]

The final stage of the Budget preparation process for Union Budget 2023-24 commenced with the Halwa ceremony in the presence of Union Finance & Corporate Affairs Minister Smt. @nsitharaman, here today.