Today Supreme court pronounced a much-awaited verdict on AADHAR. Whether the Aadhar Scheme is constitutionally valid or not and does it infringe the fundamental right to privacy.

Verdict – Aadhar Scheme is constitutionally valid though some of the provisions were struck down as that could infringe the fundamental right to privacy.

Section 33(2) has been revoked

Earlier as per section 33(2) of the Aadhar Act, if it is in the interest of national security and after seeking approval from anyone equivalent to the rank of Joint Secretary to the Government of India, Individuals were required to disclose the information pertaining to identity with security agencies.

Section 47 has been revoked

The Supreme Court has revoked section 47 to also allow Individuals to file a complaint in case of breach of Aadhar Data or theft of Aadhaar data.

Earlier as per section 47 of the Aadhar Act, it gave the right only to UIDAI(Government) to register criminal complaints about the theft of Aadhar data or breach of Aadhar Data. Individuals had no right to file a complaint about the same.

Section 57 has been partially revoked

The Supreme Court has partially revoked section 57, Individuals will not be required to mandatorily share Aadhar data, biometric data or authenticate with private entities for availing non-essential services. Private Entities (like Banks, Telecom Companies, e-commerce firms, Schools, Other corporates,) will no longer be able to mandate Aadhaar. Aadhar was made mandatory for KYC processes of banks will no longer be valid. Accordingly, RBI will need to withdraw its notification mandating the same.

Partial Section 57 which is not revoked

Even for the Government authorities, use of Aadhaar will be limited to only those purposes which are backed by law. And so, if there is no law, Aadhaar cannot be made mandatory and if there is a law, it can be challenged as well.

Earlier as per section 57 of the Aadhar Act, Aadhar was made allowed (but which was made mandatory by service providers) to be used as a tool of identity verification for any purpose by Government or Private entities.

Sec 57 form the bare act has been reproduced below

“Nothing contained in this Act shall prevent the use of Aadhaar number for establishing the identity of an individual for any purpose, whether by the State or any body corporate or person, pursuant to any law, for the time being in force, or any contract to this effect: Provided that the use of Aadhaar number under this section shall be subject to the procedure and obligations under section 8 and Chapter VI.”

Where Aadhar linking is mandatory?

As a result, the use of Aadhaar will continue to remain mandatory for the Public Distribution System, scholarships, mid-day meals, LPG subsidies, and other schemes. Generally, these schemes are availed and enjoyed by a large section of society and they will continue to use the unique ID to avail of the benefits.

Aadhar will continue to be a mandatory requirement if it is backed by law. As per section 139AA of the Income Tax Act,1961 linking PAN with Aadhar to file I-T returns is a must.

The judgment today certainly adds clarity and prevents the use of Aadhar by body corporates ie. Banks / Mobile companies. It is still unclear as to what will happen to the Aadhar numbers already updated with banks and mobile service providers. Can the customers cancel the linking now, is a question?

A few media tweets from the official UIDAI handle for reference 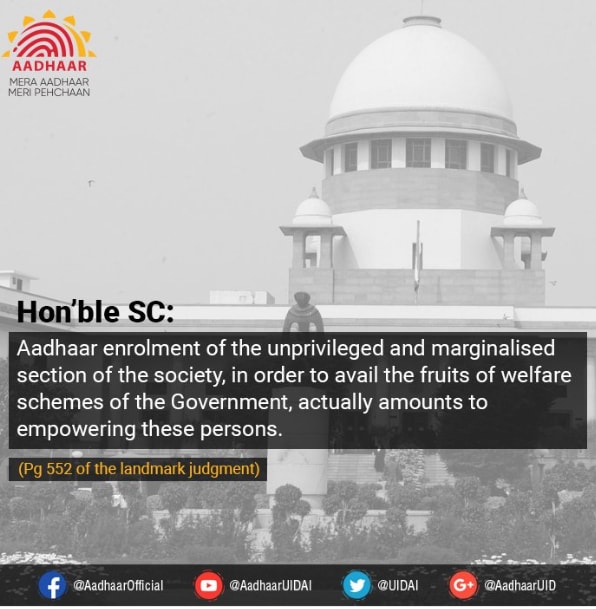 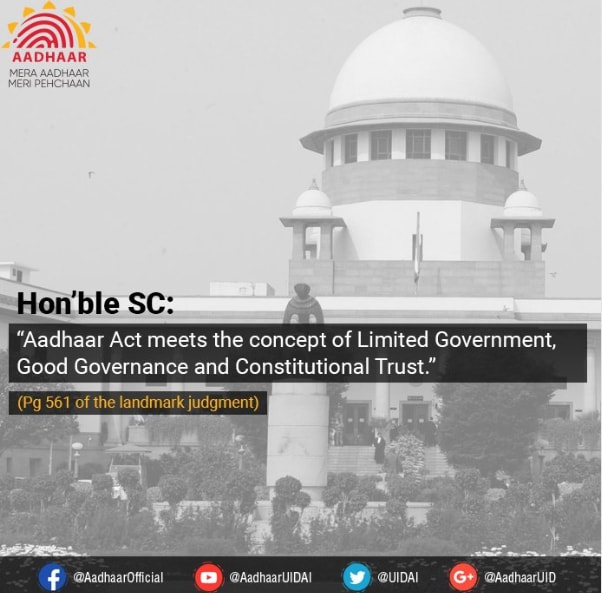 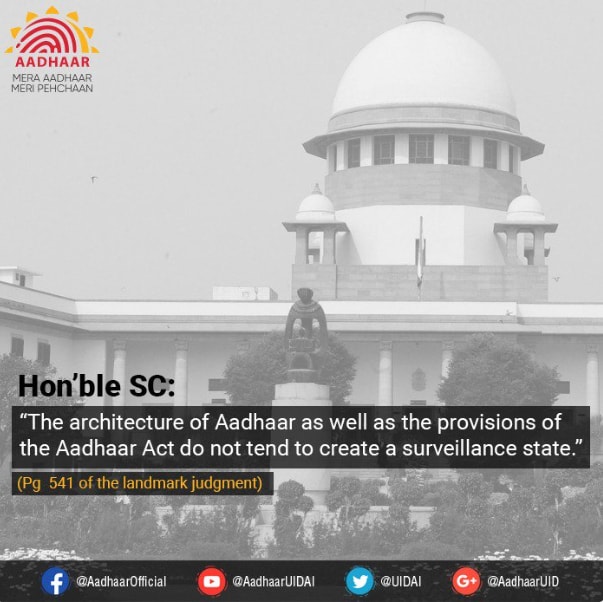 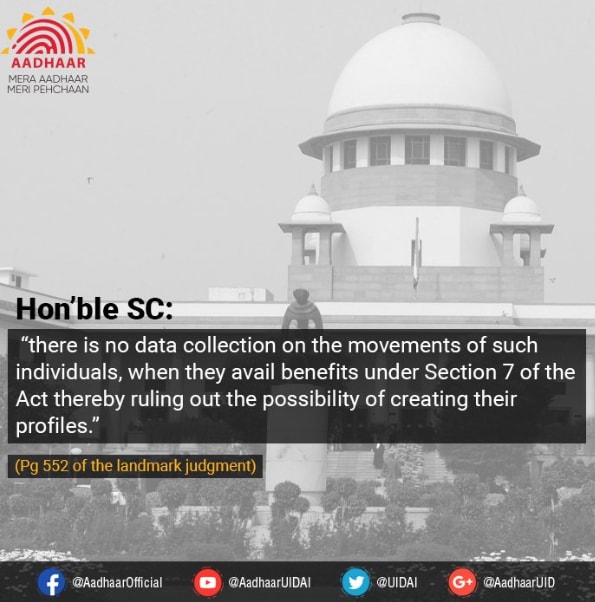 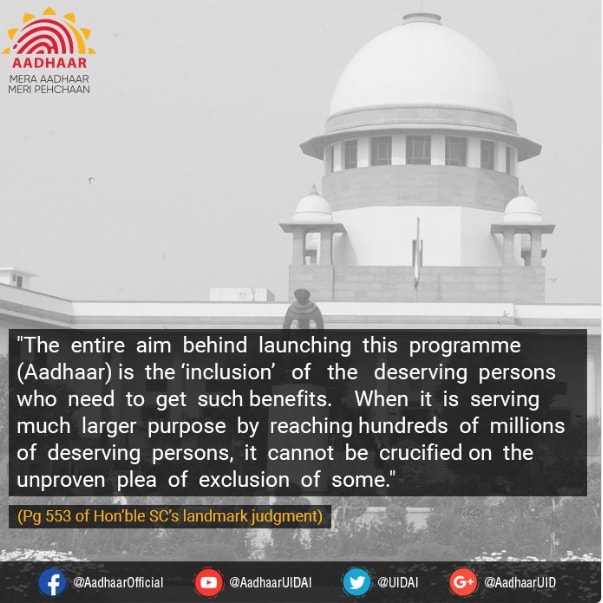 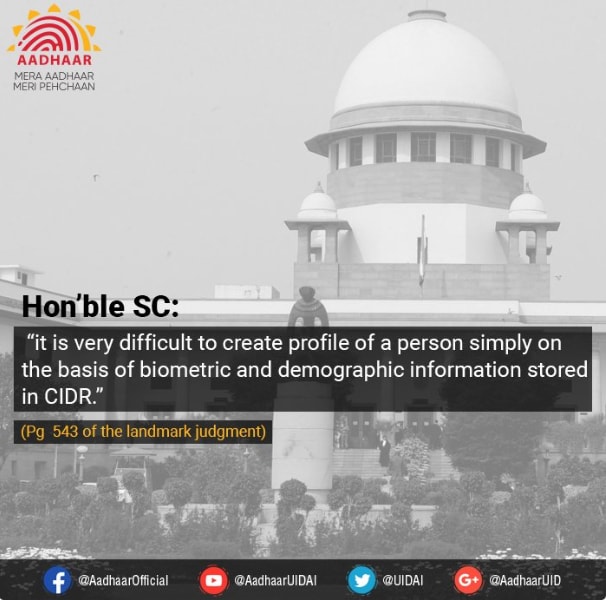 Share This PostSection 80EEB – Buy Electric Vehicle & Save Tax In the Finance Bill 2019, the Auto Sector took a back seat as no significant measures were made. Major announcements were made to boost […]

Share This PostSEBI Extends date for Demat of shares Ministry of Corporate Affairs (MCA), as well as Securities Exchange Board of India (SEBI), had come up with notifications on mandatory dematerialization (Demat) of shares by […]

Hurry up!!! Last chance to avail the input tax credit