At the beginning of the last century, ‘convertibility’ referred to the right to unrestrictedly convert a currency into gold, which made sense when gold standard [i.e. currencies pegged to gold] was prevailing. With its abolition in 1971, now convertibility refers to the right to convert freely a national currency at the prevailing exchange rate into any other currency. There are three perspectives to view this convertibility, as per IMF published document, viz.:

We shall discuss here the concept of convertibility as applicable to our currency. The above mentioned third perspective is not practically applicable to INR [though conversion to currencies of Nepal and Bhutan may partially fall under this perspective]. We shall discuss mainly the first perspective and also an overview of the second. Understanding this concept of convertibility is relevant to those who are involved in currency conversions either as corporates, banks, or as any other financial intermediaries. Those who audit such transactions should be familiar to ensure regulatory compliance. We should clearly know what is current account and capital account transactions, before understanding convertibility. Because, if a currency is convertible [into another currency] for current account purposes, then that currency is considered as current account convertible; and similarly, for capital account convertibility.

Till FEMA was enacted, there was no official definition of these two terms.

[These specifically mentioned capital account transactions are expected to be replaced by a generic clause, as passed in the Finance Act 2015, as and when notified by Government.]

RBI announced that that the rupee has become fully convertible on the current account on August 20, 1993. This was after India accepted the status and obligations of Article VIII with the IMF. Actually, this was the culmination of a series of liberalizations introduced since March 1993.  While capital account convertibility changes are made by RBI, current account convertibility changes are made by Government because of sovereign commitment, though both with mutual consultations. During these years, several relaxations have been permitted under capital account transactions also. We can summarise the present position of convertibility of INR broadly as under:

Convertibility of INR for residents:

INR is fully convertible on the current account. That means, for purposes, which are classifiable as current account transaction purposes, remittances can be made without any ceiling. This statement looks incorrect because there are quantitative ceilings like USD 250,000 per financial year for most remittances and upper limits for other specialist purposes. But what it means is that there are quantitative ceilings and documentations for availing these remittances from neighboring bank branches and for any higher amount, RBI can be approached through the banks with justification. Such procedural restrictions are allowed under the fully convertible concept.

INR is partially convertible on capital account. For resident individuals, it is up to USD 250,000 per FY, presently [because this ceiling is for remittances for capital account purposes also]. For corporates, depending on the purpose, there are conditions and upper limits. E.g. Varying limits for ECBs, trade credits, investments abroad, etc. For mutual funds, investments abroad is up to USD 7 billion. Technically it means, INR is convertible for capital account transactions to such extent for them.

Convertibility of INR for nonresidents:

NRIs and PIOs have unlimited convertibility for investing in bank deposits in the three schemes. While they can invest in non-agricultural land, there is a restriction on the number of units whose proceeds can be repatriated and the quantum restricted to forex originally brought. They have convertibility of INR funds to the extent of USD one million per financial year. Nonresidents who do not have any Indian linkage have convertibility of investments in industries and capital markets under FDI & FPI scheme, subject to conditions.

It may be noted that even where there are ceilings, the amounts are fairly very high and hence for all practical purposes, it is as if we have fully convertible currency, both on current and capital accounts. The challenge is to properly use the provisions and to ensure regulatory compliance. 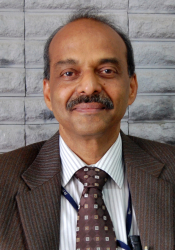 Prof T R Shastri
He is a Post Graduate in Science and is an associate of the Indian Institute of Bankers and of the Chartered Institute of Bankers, London with distinction in accountancy. He has 30 years of banking Experience, 3 years of consulting experience besides teaching experience of over 10 years. Before joining ICICI Manipal Academy as Dean since its inception in 2008, he had worked in ICFAI Business School as Faculty. He has also worked for long in Canara Bank.