Paras Defence and Space Technologies IPO- Know all about it 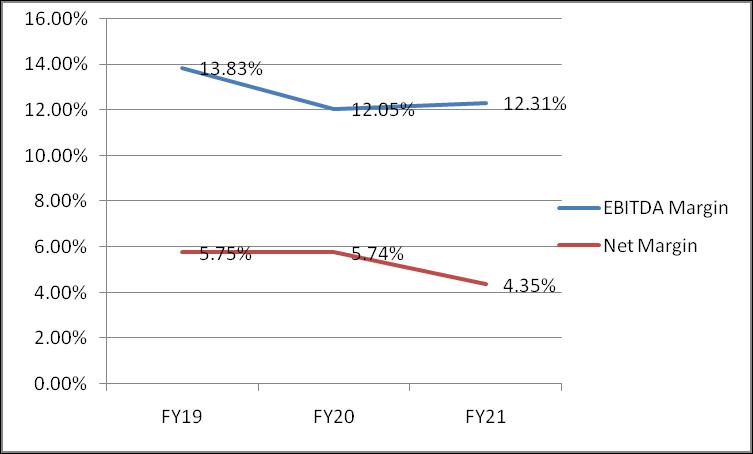 Under the ‘Atmanirbhar Bharat’ campaign of the Government of India, the Ministry of Defence (MoD) has prepared a list of 209 items, Positive Indigenization List. This would offer a great opportunity to the Indian defence industry to manufacture these items. The MoD has also Introduced Green Channel Status Policy (GCS) to promote and encourage private sector investments in defence production to promote the role of the private sector in defence production. Hence the sector has a positive outlook and seems to grow in the long term.

The Issuer has diversified into space optics; it undertakes in-house manufacture of drone cameras and space cameras in-house. The drones are in high demand and this would increase the revenues of the Issuer in the future and as well reducing its dependence on government orders. The PLI (Production-Linked Incentive) scheme of the government and new norms on drone technology are the positives for the company.

Though a volatile trend can be seen in the financials of the company its outlook appears strong in the long term with the Government’s supportive policies towards the private players. Hence, one may subscribe to the Issue.

The GMP of Paras Defence IPO was Rs 200 per share (100-115% premium over issue price)as on Sept 17, 2021. However one should not consider investment based only on strong GMPs as market correction is expected.

Share This Post
About CA Priyanka Choudhary Jain 122 Articles
Chartered Accountant & an experienced credit analyst. She has worked with CRISIL as a Senior Credit Analyst on rating assignments including business & financial analysis in Corporates as well as the Public Finance Sector. Please mail your queries, feedback, and any suggestions to her on info.financepost@gmail.com
Website Facebook Twitter LinkedIn Xing